JAYSKI'S IS BACK... SORT OF

Races, tracks, drivers and all the drama that comes along with it
Post Reply
10 posts • Page 1 of 1

JAYSKI'S IS BACK... SORT OF

I have updated the Jayski's link at the bottom of our forum pages.

A deal to relaunch the website has been reached... 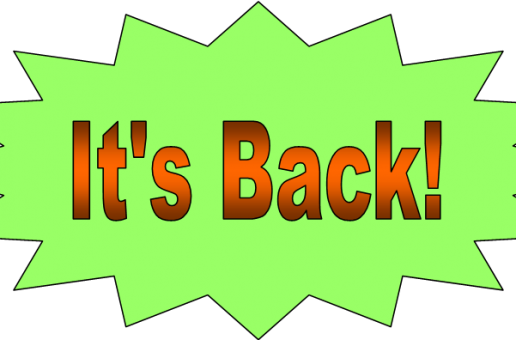 Rejoice, NASCAR Fans: An Old Friend Is Back On Track

After ESPN stunned Jay Adamczyk by unexpectedly shutting down his NASCAR website in January after 12 years, he was not so sure he’d find another home on the Internet for Jayski.com. It was also a loss for NASCAR fans, who'd provided 70 million annual page views.

“I have no hard feelings with ESPN,” Adamczyk wrote me in an email this week. “They were a great partner and really helped us out. Time had run its course, and they wished to move on. I have nothing bad to say about ESPN.”

Adamczyk moved to Charlotte, N.C., from New Jersey about 15 years ago, and he and his wife love living there -- so much so that they are looking to downsize homes. But his two dedicated employees, Scott Page and Amanda Brooks, were out of work, and Jayski wanted to fix that.

He wrote, “Scott and Amanda will continue to do most of the work on the site, with me doing some stats and overseeing the site. The main reason I brought it back was to keep them employed after the stunning shut down of the site by ESPN.”

So he reached an agreement with the NASCAR Digital Media Network to resurrect Jayski.com, and his “Silly Season Site” came back to life on May 13 with a retro look that will surely remind long-time users of the format the site used when it launched in 1996.

“We heard from a lot of folks who were miffed the site went away, and we’re now getting a lot of email and tweets thanking us for coming back,” he wrote. “Jayski.com has a unique style, simple and easy -- using the K.I.S.S. formula.

“To be honest,” he added, “I was surprised no other NASCAR site tried to replicate the way we do things. It totally opened the door for Jayski.com to come back.”

Interest in NASCAR has declined in general; Jayski.com had 92 million annual page views 10 years ago. Perhaps as a result, ESPN, which used to carry live stock-car races, backed off on its coverage, also laying off its ace full-time reporter, Bob Pockrass.

Jayski.com was like a convenience store for NASCAR info, carrying loads of statistics and facts and figures and links to news articles (good and not-so-good). It was a hard hit for the sport; a post that appeared here about the site drew a remarkable 77,000 views.

(In contrast, a post here this week about who might replace the retiring NASCAR analyst Darrell Waltrip at Fox has drawn about 16,000 views.)

I should note that Jayski has helped me do my job, and not just with research. Almost everything I have written about NASCAR in the last 20 years, including these recent posts for Forbes.com, were linked on Jayski.com, so racing officials, owners, crew chiefs and drivers were familiar with my work.

Pockrass quickly landed a similar job as a NASCAR reporter with Foxsports.com, which is logical because Fox carries the first half of the NASCAR Cup schedule. That Jayski landed with the NASCAR Digital Media Network makes sense, too.

NASCAR likes to manage its news, especially on the squishy-soft NASCAR.com, and for those who might be seeing red flags when they read “Jayski” and “NASCAR,” Adamczyk says not to worry.

“It’s a part of NASCAR that picks up sites and houses them, like Racing-reference.info, RCR and MRN,” Adamczyk wrote. “It doesn't buy them, just works out a deal to house the site, provide the platform, or software, and handle ads.

“So we can concentrate on content and not have to deal with the business side,” he added. “They have no issue with what we post and say they will not interfere. But I don't do opinions, or bash drivers or NASCAR, so that is not really an issue.”

Jayski likes NASCAR, but he is aware that stock-car racing has has not been so loved by fans who have become disillusioned and have walked away, or have been thinking about it. But his site has been an even-handed forum for two decades, and he says that will continue.

Good for him, for Scott and Amanda, and for the whole sport.